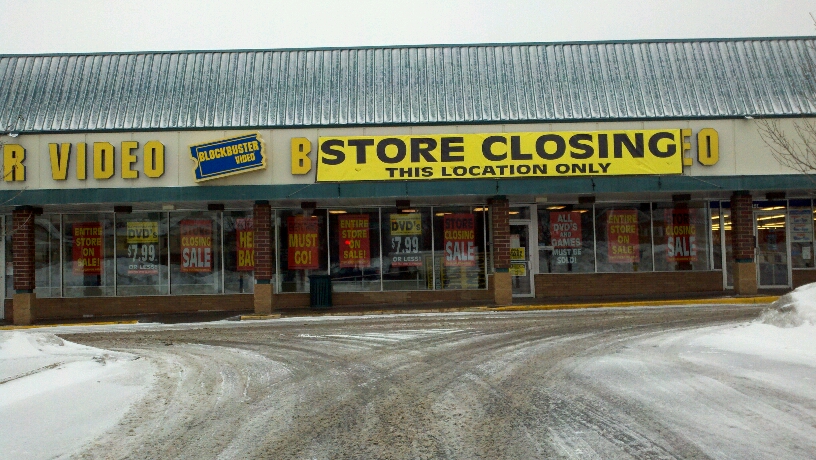 Back in 1998, I bought the domain name AnnoyedCustomer.com.

I bought it because I was so annoyed with Blockbuster’s system for tricking customers into paying late fees, that I had plans to start a site where similarly disgruntled consumers could share their stories. My fury dissipated, I never followed up on my intentions, and I let the domain name lapse.

My feelings about Blockbuster never dissipated, however. My reaction when the Blockbuster that had screwed me out of numerous late fees was that of delight when it closed. So much so that I took a photo of the closing to share my delight.

As you can see from the following infographic, Blockbuster’s profits had been plummeting for several years prior to my domain purchase.

If Reed Hastings had the same loathing for Blockbuster as I did, I imagine a lot more people shared those feelings as well. And if they expressed that loathing online, as I did, that would send a loud signal to algorithm’s about the state of Blockbuster’s reputation as a company.

Consider also the delight of consumers as they discovered and adopted the alternative to Blockbuster, Netflix. That delight was no-doubt shared as well, offering a stark contrast to the sentiments directed at Blockbuster. Those contrasting sentiments are another signal for algorithms to digest.

In 2002, Blockbuster posted a $1.6 billion dollar loss compared to Netflix’s first profit a year later of $6.5 million. The profits or losses of companies are also signals that algorithms consume in order to assess a company’s financial reputation. Those numbers are often a direct reflection of customer sentitment.

In 2005, Blockbuster launched a campaign promoting “no late fees” but then was sued for misrepresenting that policy. The lawsuit itself is another signal that algorithms can use to shape a company’s reputation.

Search Google for “Blockbuster no late fees lawsuit,” for example, and you’ll see, to this day, a page full of news stories about the lawsuit.

Had Blockbuster’s leadership shown more respect for its customers, the algorithmic signals that dissatisfied customers sent would not have been nearly as loud as they were. More importantly, its customers would likely not have switched as quickly to the alternative service once it became available.